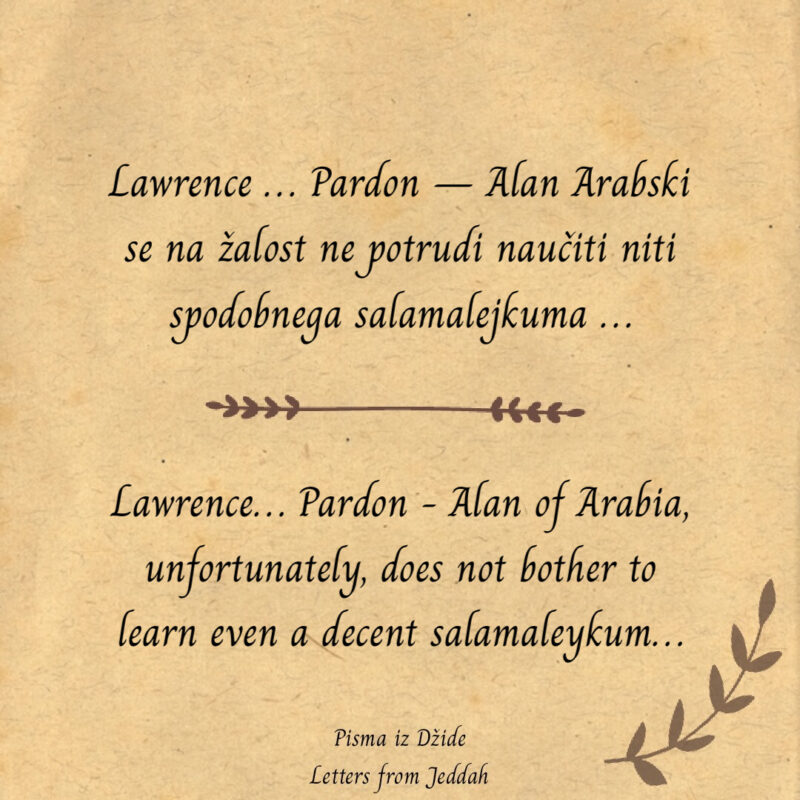 At the age of 54, American businessman Alan travels to the city of Jeddah in the arabian desert by the Red Sea, where he hopes for his next big break after past career failures, a painful divorce and inability to pay for his daughter’s tuition. He wants to sell the latest state of the art communication system to the technologically ambitious kingdom, but when he arrives to the other side of the world, he is faced with an obvious lack of interest and so he and his team are waiting day after day to present their business opportunity to King Abdullah personally…

One of the few elements of realism in this film, which takes place in Saudi Arabia (where filming took place and some shots are also from Morocco), is the Godotesque principle of waiting for something to happen.

I have already written about this phenomenon (Bukra, Inshallah), the famous response “come back tomorrow… tomorrow, it can be arranged (Inshallah)” is something self-evident and expected if you live in Saudi Arabia. Nothing can be rushed, nothing comes with force. And this “tomorrow” can be repeated just like “Groundhog day”, which the main character’s everyday routine reminds us of.

From there on, truthfulness is thrown to the wind, starting with the casting of actors who portray the locals. An Indian woman in the role of a Saudi doctor, an American (of Egyptian descent) in the role of a good-natured Bedouin driver… It could have been done better.

For some reason, American film and series productions have great difficulty portraying authentic Muslim rituals, which I can address in more detail on another occasion. Just one hint: it probably isn’t that hard to google, “how Muslims pray” or “what Muslims don’t do while praying.”

The fact that the story (including in the novel published in 2012) is set in 2010 may not tell the outside observer much, but all of us present in Saudi Arabia in 2022 may without a doubt deny and disprove a number of cultural practices, from the mandatory headscarf for women, to public executions etc. The problem arises when this modern depiction of the infamous Arabian kingdom is abused for everyday stereotypes that only harm the progress of international relations and increase fear of the unknown and less visited countries.

The obsession with uncovering and undressing Muslim women could also not be avoided in A hologram for the king, as it is easier for the West to ignore the religious practice of wearing the hijab and modesty. Thus, the widespread belief that “the hijab cannot possibly be a voluntary act of worship,” can continue to live on and remain a fitting argument in any debate on the sovereignty of Muslim women.

Lawrence… Pardon – Alan of Arabia, unfortunately, does not bother to learn even a decent salamalaykum, while Arabic speakers manage to deviate from many other American depictions, in which we can anticipate only broken English, which work wonders to convince us of the lower intelligence / education of non-Westerners.

Tom Hanks, a “can do no wrong” and loved by many (myself included), does not disappoint with his performance, and Hologram for the King can undoubtedly convince a wider audience as a final product, as it has a recipe for a pleasant viewing experience with plenty of moments for comic relief, a predictable love interest and the expected bitter-sweet ending.