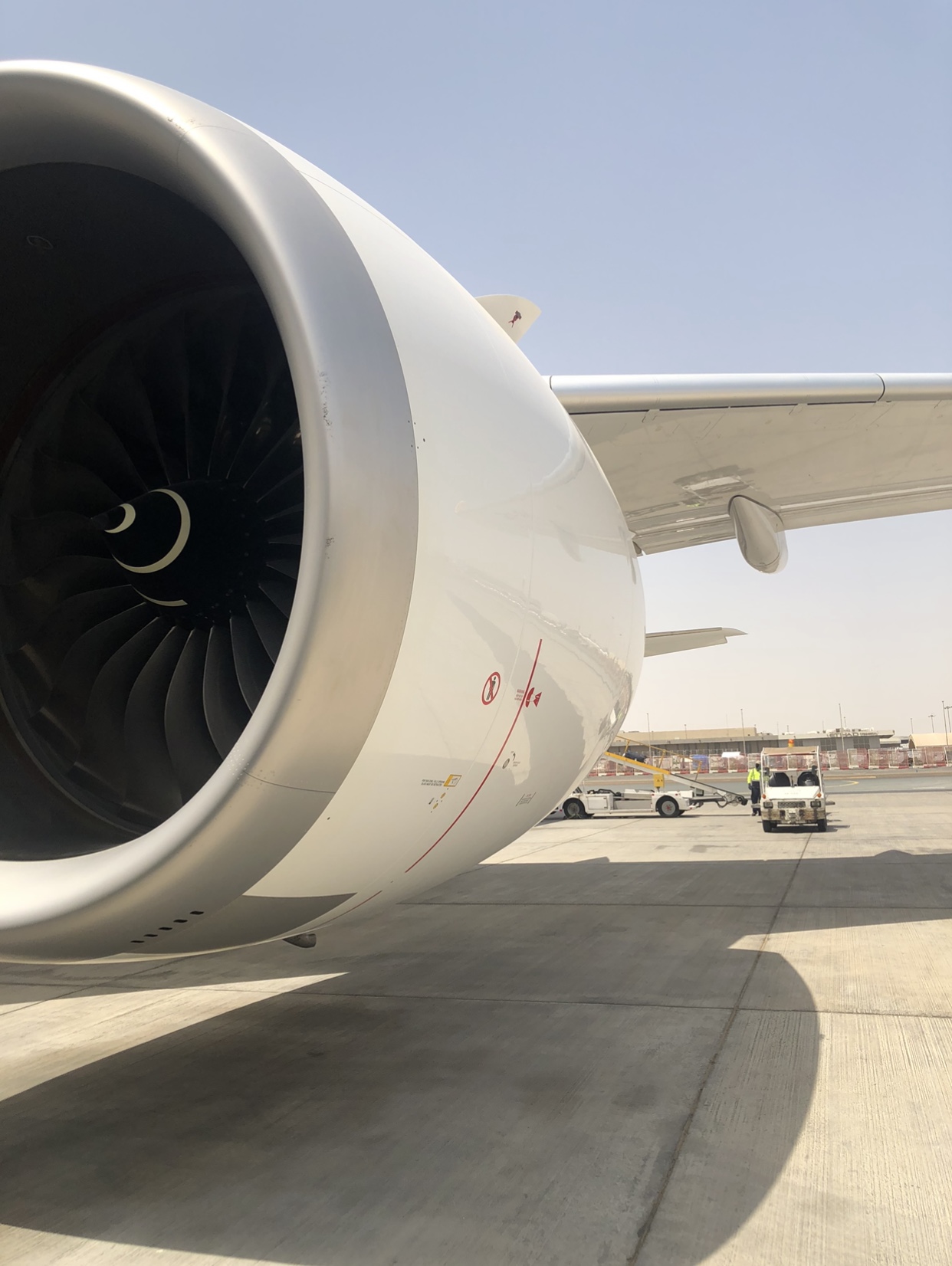 It only took me 8 hours. Yesterday I flew from Jeddah in the west to Abu Dhabi on the east side of the peninsula. And then back to the Red Sea coast.

“Can you go instead of me please,” I complained in vain to Tamer… in vain, because that was clearly impossible. In the last two and a half years, we have regulated my visa status in different circumstances under lockdown and later with regular extensions online and with flights to Slovenia and Sudan. This time, there was no choice but to fly somewhere out of Saudi Arabia on my own. I was considering a visit to some recently made friends in Dubai or Beirut, but for various reasons this plan did not materialize.

This whole thing was such an unnecessary burden for me. Tamer tried to encourage me about going on an adventure, all the while I was overthinking everything that could go wrong, from minor misunderstandings at the airport to catastrophic scenarios that would leave me stranded with no possible return to my beloved in Jeddah.

On the bright side, which made me less pessimistic, was my flight schedule, which dictated that I only had to wait 2 hours across the border in the United Arab Emirates. By no means too long for me to get bored to death, but also quite enough to reach the right terminal with a casual pace and still have time for the bathroom and sitting for a drink.

For some reason, even one day after, I still can’t believe how smooth it all came together. No delays, no misunderstandings.

Well, on my first flight, my seat was booked right at the emergency exit. For the first time ever, a flight attendant approached me personally to remind me to carefully read the instructions for opening the emergency exit by my window. Does anyone else find themselves in such situations, feeling a slightly uncomfortable weight of responsibility, when you absolutely do not want an emergency landing to happen, but at the same time seriously premeditating your heroic grip on the handle of the window, on which the fate of all passengers in the vicinity will depend?

We landed in Abu Dhabi without any emergency, yet before landing, I pushed my assignment aside, somewhere under my backpack and pillow, which I placed under my head, and then covered myself with the complimentary blanket for an hour, stretching over all three vacant seats in my row. Slept like a real heroine.

At the Emirati airport, as I said, I had plenty of time, made the exchange of 50 riyals for 42 dirhams and then treated myself with a (as one would expect in any airport shop) sinfully expensive coffee and 2 bottles of just as luxurious water. I drank one and took the second one with me on the plane, which is always a good idea, since one can risk serious dehydration, being usually served with only one miniature bottle and then seldomly offered another glass of water or another beverage.

On the return flight, I sat close to the toilet; I later found out that Tamer reserved this seat on purpose as he is well aware of my recently overcome anxiety over using airplane bathrooms. Sitting closer to them means less chance of tripping over wide-spread passengers, which causes me an incomprehensible fear of falling in public, from which my shame-fearing soul finds it difficult to recover.

Seated by the window in my row was an old Sudanese woman, who was peacefully snoring away until takeoff, and soon after patted me on the shoulder without hesitation to let me know that she was thirsty. Since I didn’t understand at first, she started pointing at my one unopened bottle of water and to my initial embarrassment I first tried to call the flight attendant… Since no one answered my ping for quite some time, I said to myself: “Oh come on, Misha, give this woman your water already.” I myself was not really thirsty at that point, so waiting for regular service did not seem that bad.

While the meals were being served, the recently well hydrated lady ordered herself some tea with milk… À la Sudan, what else can one expect? Milk arrived in small packets, which, like other bottles and a sandwich bag, I had to open for her. “Alhamdulillah,” she said over and over each time I offered her my help.

Within the last hour of our flight, a younger woman in a floral dress and pink scarf gets up from her seat in front of me and starts talking to my elderly neighbor, invading my personal space, practically leaning on my shoulder, without a mask on her face. A relative. Possibly her granddaughter? It doesn’t matter, they knew each other. I have to admit, this was my first time witnessing a traveling hack called “throw grandma in the back seat and let a stranger deal with her.” At some point, this conscientious young woman starts pulling the cord of my headphones from under the screen above the seat in front of me. Sometimes I do wonder if I really lost my sense of human interaction during the pandemic, but this time there was no other explanation than that the missus escaped from another planet.

I grabbed the cable myself and let her know in a slightly sour voice that I understood I had to get up for the lady to go to the bathroom. Then the old woman took hold of my offered hand, her unwilling assistant did not see it necessary. She did however accompany her elsewhere, after using the bathroom, so that there was no climbing to the window seat again. Luckily, this plane was also pretty empty.

At 1 PM we landed in Jeddah. For the first time since I have been flying in and out of Saudi Arabia, disembarking along with all the passport controls ran like clockwork, without any nonsense and long queues. However, it is true that this time I only had my backpack with me, I usually had to pull extra luggage on wheels, and so it was much easier to move past other passengers. “Alhamdulillah,” I uttered at every obstacle overcome, every point won on my way back to my husband who was already waiting for me at the terminal.

“I missed you,” he tells me with a visible smile behind his face mask. Only a hug at the airport and then a kiss in the car at the parking lot. As if we hadn’t seen each other for weeks, and not only a few hours. I certainly had an adventure in the end, flying over 2000 miles in that short amount of time.