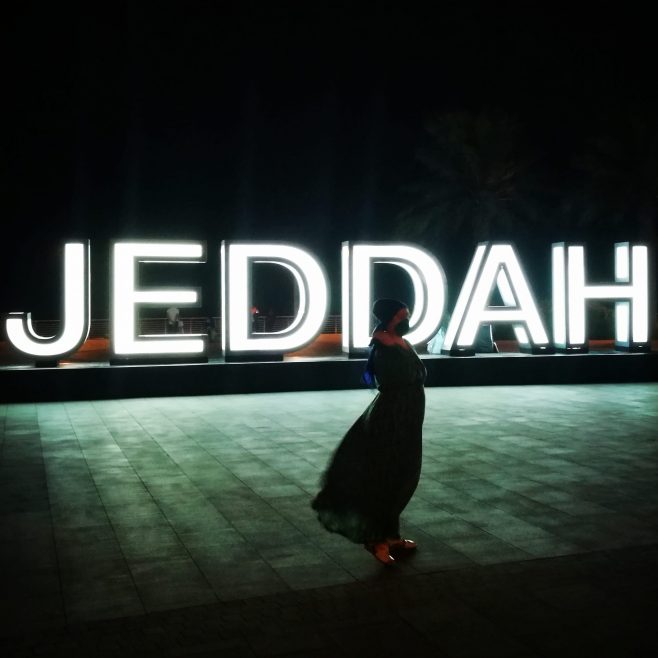 I call her Jiddah because, according to my hearing, this is the closest to the Arabic pronunciation; some pronunce the name as Jeddah. Quite a few variations of the name appear throughout the historic records.

My current home is located in this city with population of 3.5 million, it is the second largest in the Kingdom of Saudi Arabia, after the capital Riyadh.
Everyone has heard of Mecca, but Jeddah is the gateway for all Muslims who embark on a holy pilgrimage. Today it is also a modern center of international business and tourism. Here many different cultures come together due to the large number of expat workers and their families.

The largest city in the province is considered the most “open” in the country, making it popular for both Saudi and foreign tourists. I’ve been exploring interesting corners of Jeddah lately online. After some security measures (curfew) went away, we can now breathe easier and by following the current rules (masks and social distance) we move more freely and comfortably around the city and elsewhere in the country. I have quite a few sites on the list that I would like to visit.

I’m looking forward to explore the old town of Al Balad again, where you can really feel that true soul of Jeddah. I also read some time ago that the city is a place of Eve’s tomb, the considered grandmother of humanity. According to one theory, the name Jeddah originated from this fascinating fact: from the Arabic word for grandmother. Interesting, isn’t it?