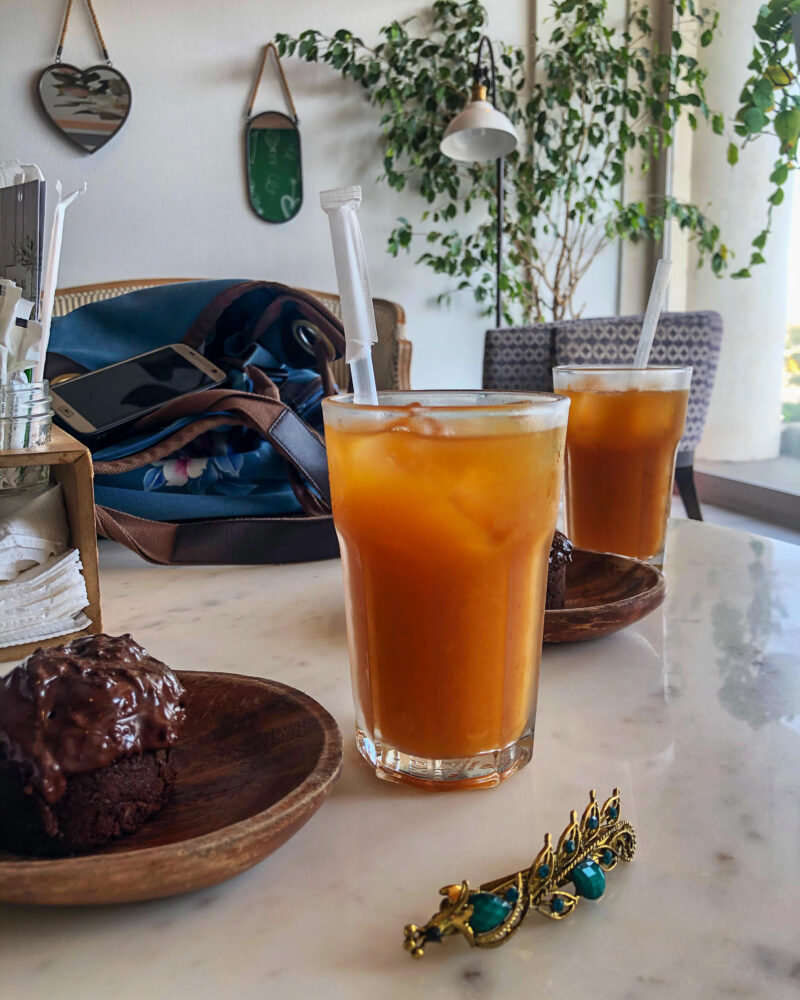 Ladies only cafe. After a year and a half of living in Jeddah, I visited one for the first time.

Saudi Arabia still has it’s infamous separate entrances in some restaurants; this means entrance for families and entrance for singles. According to a basically unwritten rule, only men enter the singles sections, whereas families, couples and women in groups or alone enter elsewhere.

It has been some time now that the separated entrances and sections are no longer legally required. But why change something out of the blue if people are used to something and it suits them? After all, certain amount of money needs to be invested in renovating the buildings themselves.

And let’s not forget, “ordinary” mixed cafes and restaurants have been part of the scene in Saudi for quite a while.

But why shouldn’t there still be spaces only for ladies who, for religious, cultural or other reasons, do not take off their veils, scarves and / or long sleeves in public? Where they can let their hair down and enjoy a cup of coffee with their friends outside of their own homes.

Last week, I gladly accepted the invitation of my American friend Aileen, who has been living in Saudi Arabia with her Egyptian husband for the past 5 years.

How was it, you ask? Pleasant! Relaxing. We drank iced tea, nibbled on vegan chocolate cupcakes and chatted about cats for 2 hours.