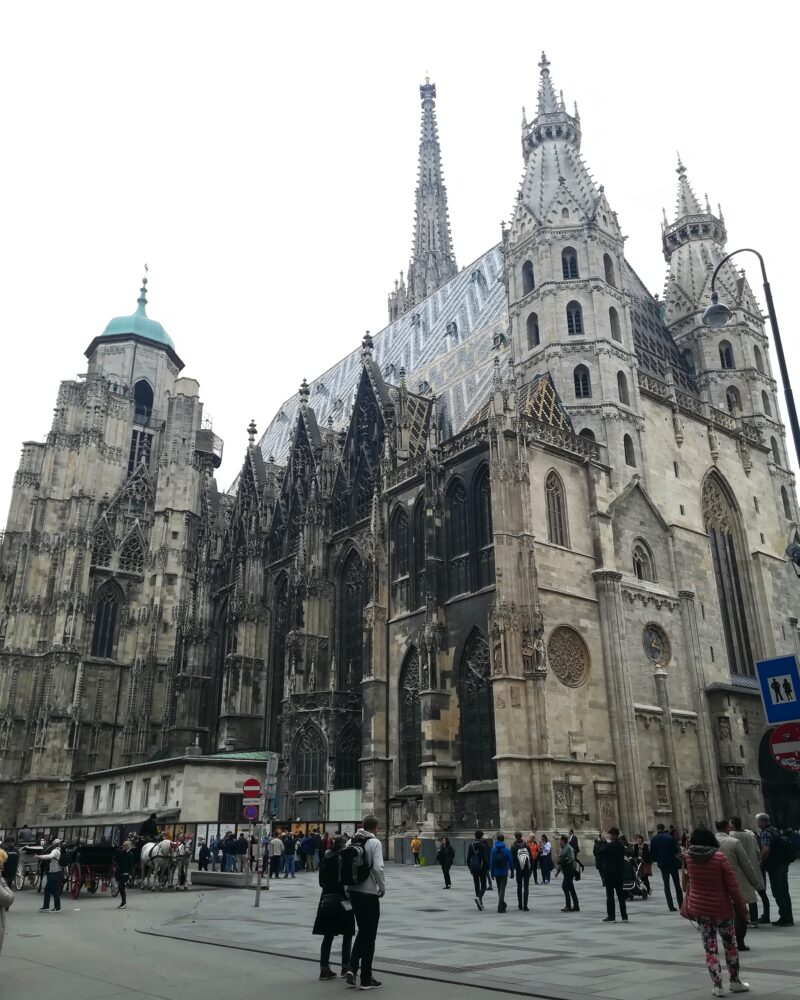 Three years ago today, I went to Vienna, ready with all the notarized documents from Sudan, and as the old Slovene saying goes: “I left my stomach at home.” It rhymes in our language and it means Vienna is such an expensive city, one must forget their hunger in order to get by there.

Early in the morning I went on a pilgrimage to 3 embassies in the Austrian capital: Sudanese, Slovenian and Saudi. First I stopped at St. Stephen’s Cathedral and treated myself to a cup of pumpkin spice latte in the nearby Starbucks – it was fall after all! The bus brought me from Ljubljana around 8.00 AM, so I had some time to spare before office hours started at all three locations.

I had 2 missions to complete: attesting our marriage certificate from Sudan and to apply for a Saudi visa. At first it went like clockwork, but at the last stop, things went downhill. Us mere mortals cannot simply walk into the embassy of the Kingdom of Saudi Arabia, so I was basically headed to the certified agency that processes applications.

I enter a small office, where a man with distinct Arab features greets me from behind his desk. I present all the papers, my ID photos and start patting the envelope with cash in my purse on my lap…

“Two hundred and forty euros,” the bearded agent tells me with a heavy Arab accent, and at that moment I have to catch my breath.

“But, but… You told my husband on the phone that the whole thing would cost 180 euros.”

“Well hey, 180 € is for running the procedure. What about the shipping costs? We have to send your passport with the issued visa to your home address,” he explains to me with dramatic gestures.

“So shipping such a light envelope costs 60€?” I manage to utter the whole sentence without stuttering with a heavy dose of disbelief on my face.

I hold the bills between my fingers, I know that I only have exactly 240€. That’s it. I still need some cash for at least some water, if not a meal. Don’t ask me what happened with my bank card, I don’t remember. In any case, I found myself in a seemingly hopeless situation.

I call Tamer, who wants to speak to the agent. I sit in the chair listening to one side of the conversation in Arabic. When I hear Tamer’s voice again, I am relieved, because he tells me that everything is okay. I end the call.

“Two hundred and twenty euros,” the agent puts the matter to rest with a smile on his face, no mercy. No receipt either.

After completing the transaction, I sat down in a nearby park and called Tamer again.
“He charged me two hundred and twenty in the end…”
“What?! He told me on the phone that it would only be two hundred!”

Believe it or not, that’s how my first one-year visit visa to Saudi Arabia was haggled in the middle of Vienna. My Arabian adventure began for real just over a month later.