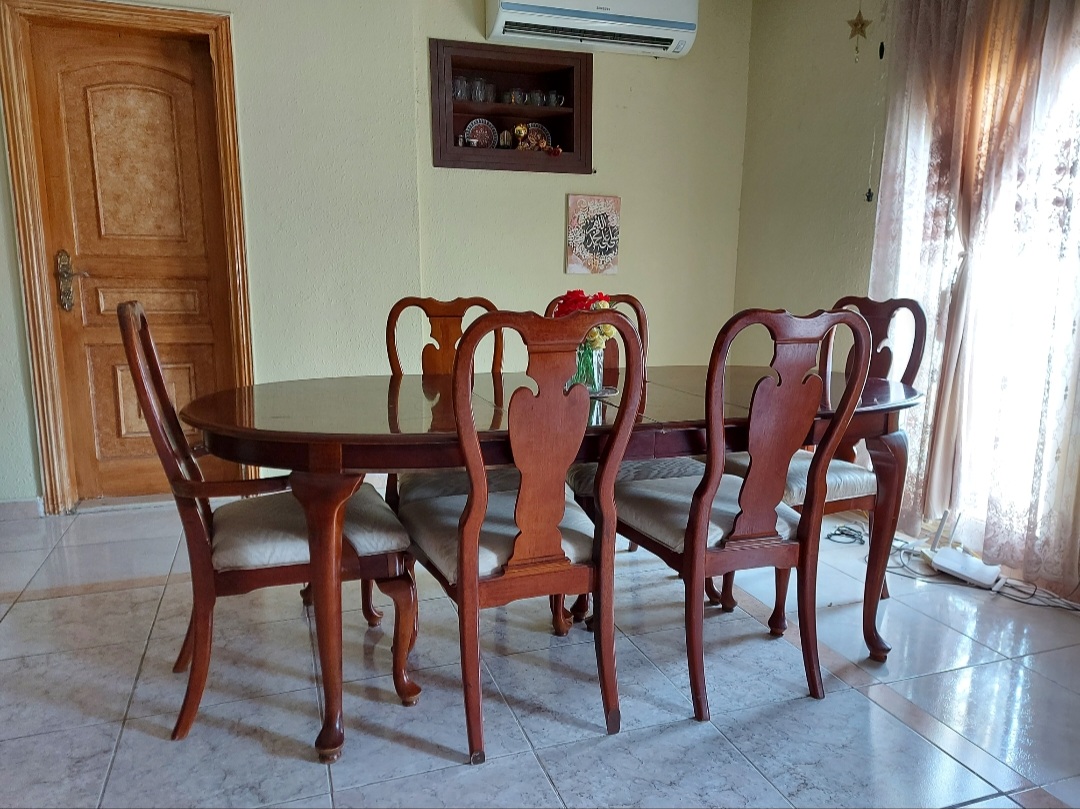 “I have a temporary solution. I called the boss, we can stay in his apartment, which is vacant all the time.”

I’ll spare you all my stages of grief for our home. From denial to an imaginary negotiation with reality… We had to leave the apartment we lived in for the last 3 years. Tamer was visibly relieved and tried to encourage me to see things with a more positive attitude. No more inconsiderate neighbors, no more noise from the owner’s apartment above us…

We had to start somewhere: first, we had to sell all our furniture. The dining table went first. A young couple came to pick it up, he was from Pakistan, she was from Canada. It was so funny to watch somebody else just starting their journey together in Saudi Arabia. Three years ago, we stood in their place, he from Sudan, yours truly from Slovenia.

Tamer posted ads online at a “Saudi flea market.” He used the photos I took and wrote descriptions with an asking price. We weren’t being greedy, but we weren’t naive either. We know far too well how buyers like to bargain for a much lower price. If you want to meet them halfway, you have to aim a little higher.

“How much is your final price,” asks the young man, while his wife carefully examines every possible scratch on the table and all six chairs that go with it.

Tamer smiles and replies: “How much can you offer?”

“Well, what’s the lowest you can go…” insists the buyer, and I can’t help myself but to burst out laughing: “Did you just fly to Saudi Arabia yesterday? We’re haggling here. If we give you the lowest price, it’s like shooting ourselves in the foot.”

We did meet halfway in the end. The dining table was followed by the bedroom set, then the water heater and the refrigerator… The kitchen counter deserves a very special chapter, how we ourselves bargained for it 3 years ago, it also went to a new home. We had to sell two air conditioners, a washing machine and a stove.

Nobody wanted our couches, on which we camped out until the very last day. Since we didn’t have the heart to put them out on the street as many people here do, Tamer finally gave them away for free. As long as they did not stay in the apartment, as long as they did not end up with garbage.

After it was all done, we broke even. We got back as much as we invested three years ago. Alhamdulillah.