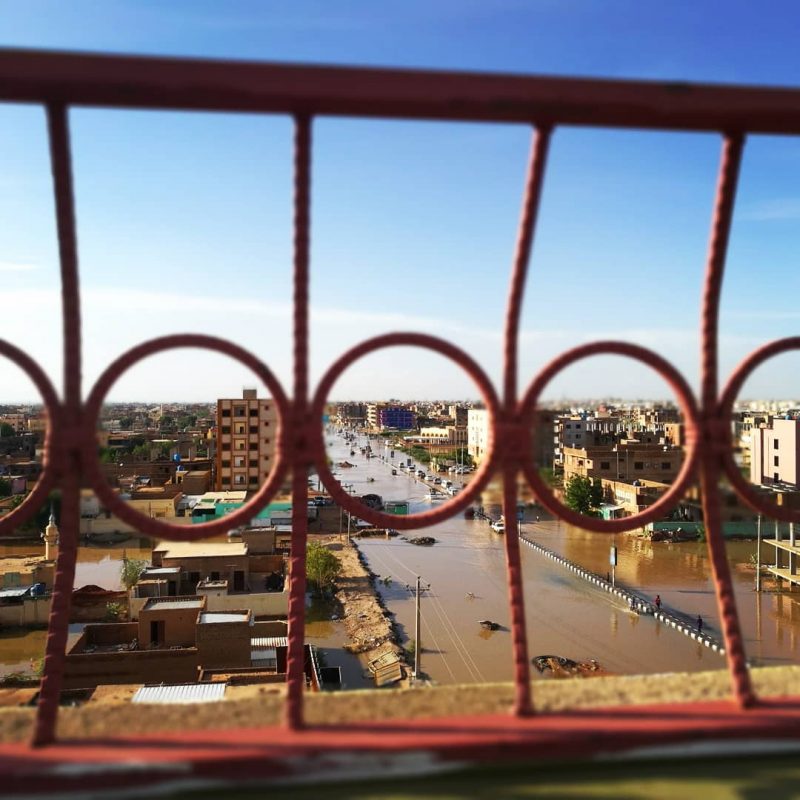 These are the streets of Khartoum a little over 1 year ago. I came to Sudan as a bride for our wedding.

As mentioned in one of my previous letters, I arrived just for the rainy season. “It’s normal, every year the streets are muddy and filled with water at this time,” they told me. We stayed at home for a few days, but then we simply had to go out: to the municipality, to another office, to the court, and to the ministry (also to a few other pointless checkpoints, cause why not) … Countless bureaucratic stations for all the necessary permits for our marriage. We had to walk from our neighborhood to the nearest main road if we weren’t lucky enough to catch a rickshaw before that.

Many times we could not avoid the mud. One evening, I remember, it was pouring again and I was returning home with him and his sister in knee-deep muddy water. I had sports sandals on, but he had to take off his flip-flops, otherwise they would have stayed at the bottom of the muddy street lake. I was so scared he would step on broken glass and cut himself. Just the day before, we received news that exactly that happened to one of their relatives and she landed in the hospital. My then still fiancé was lucky.

Then on another occasion I went with my future mother- and sister-in-law on a family visit. I don’t know how all three of us even managed to climb up and stay put in the back seat of the rickshaw, and at some point we got stuck in the water on the main road. We were wearing traditional long abayas, and I panicked, “Oh no, do we have to step down into the water?”
There was no need. The driver stepped off, started the engine a few times and pushed us out of the quagmire on the road. What an adventure! After two weeks the water finally went away, the sun and heat must have also helped.

The situation is very severe in Sudan these days. So much so, a state of emergency has been declared in the country after record floods, the biggest in the last century. More than 100 people lost their lives, 100,000 are left homeless. It really hurts me when I look at the footage of streets, that are just like the one in front of his home. My husband’s family is safe, the floods have not affected them. But I remember last year when I was bothering him to go for a walk with me, even if through puddles, how we saw a man sitting in front of his half-ruined house. The water took away his home, the brick construction with mud didn’t survive. Heartbreaking.