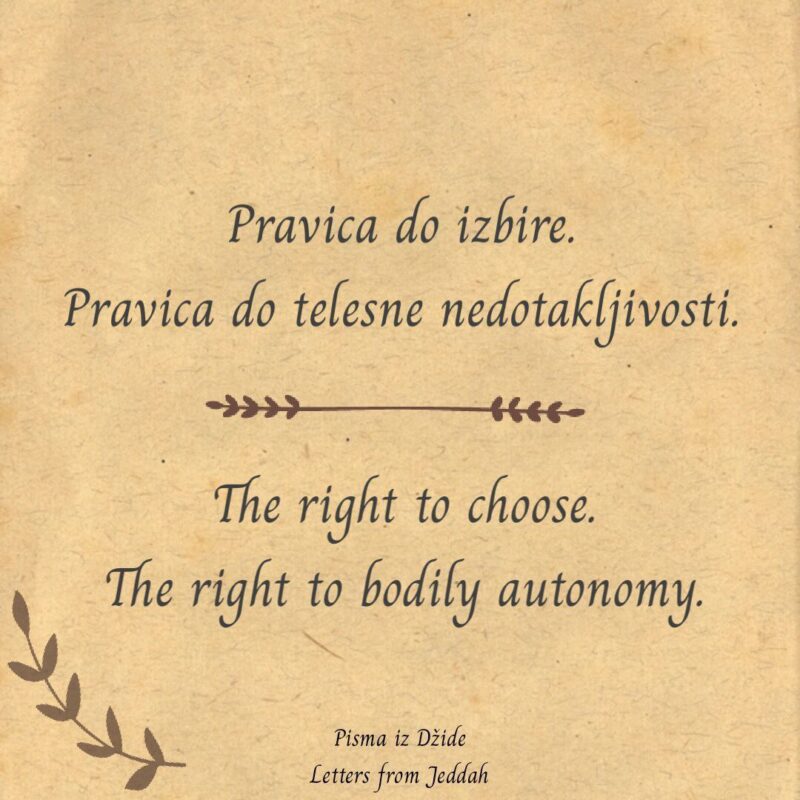 The world is on fire. On different fronts.

There is news echoing from Iran about the death of a twenty-two-year-old Mahsa Amini, who was killed by the notorious morality police because she refused to wear her hijab “properly.”

The Iranian people are protesting, despite their fear, Mahsa’s murder was the last straw.

The West starts to listen as soon as there is word of abandoning religious headscarves. Burning hijabs at protests is music to their ears for all aspiring Muslim women liberators, whether they like it or not.

Dear reader, I sincerely hope that you are here without the “buts, what-ifs” and similar excuses. Don’t count yourself among the free-thinking feminists if, in the hijab debate, you must always unapologetically add “what about those who are forced to wear it…” Forcing anyone is unacceptable, unforgivable. Next. Aha, “it doesn’t belong in our environment?” I know, it’s hard to look in the mirror. And it’s hard to stand up for EVERYONE’s rights. Even Muslim women in Slovenia, France and elsewhere.

Do not celebrate Iranians’ burning of the hijab, because by doing so you are patting all the ardent Islamophobes on the back, who are already spinning the revolutionary events from Iran in favor of their own hateful agendas, scoring political points against what is foreign, against what is unknown.

Ironically, those same characters can’t think of a better explanation for the “proper” dress code of girls (and boys) in the classroom, than the headmistress of the Waldorf school (in Slovenia), whose statement about poor boys drowning in hormones resonated in the media in the past week.

Stand for Mahsa. Stand with the Iranian people. But their fight is for the right to choose, not against the hijab.

And stand up for Palestinians, for the women in Afghanistan, for the Uyghurs in China, for Muslims in India. But don’t forget about the Muslim women in the West, who are continuously being pushed out of public spheres, starting in schools and then in public institutions, where they are told with a sour face that they will not get a job as long as they keep their headscarf on. I will not waste my breath on much harsher direct humiliation some have to endure.

Feminism and the fight for equality are not a charcuterie board from which you take only what tastes good to you. Bon Appetit.