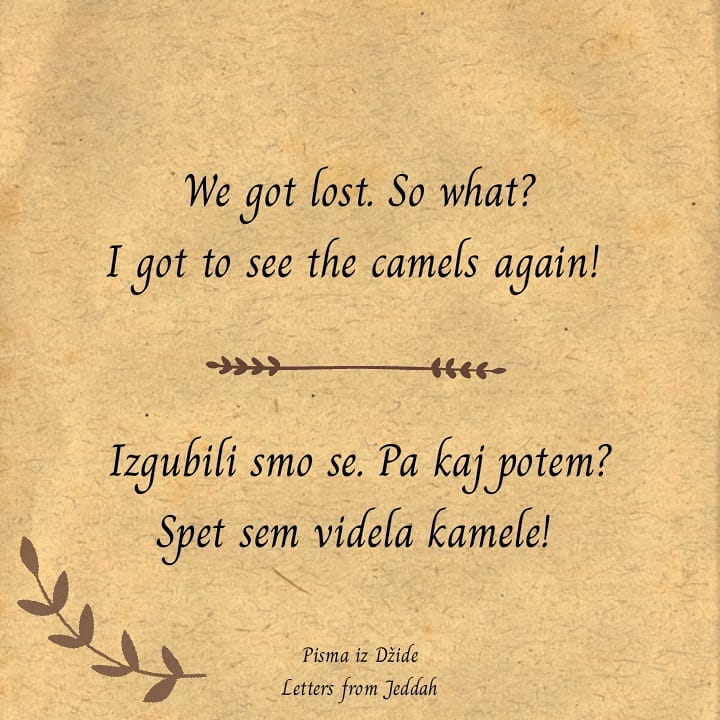 We went to the desert, company of friends is invited us for a short hike and bbq after sunset. We missed the hike, the sundown too.

We got lost. So what?

I got to see the camels again! I can honestly say with certainty that I have been training my previously completely unformed muscle for patience in the past few months. Yesterday my friends from home would have been in awe of it in all its pumped up glory. In Saudi Arabia, correction – in the Arab world – you can’t count on things going according to plan.

Yes, you can pack everything you need, from tea in a thermos to wet wipes. But then you just can’t lose your temper, when you first find yourself in a car sitting for an hour in front of the mall because you are waiting for everyone to get together and only after that you may follow the convoy of cars. Then you stop for gas (why not beforehand, don’t ask), and of course you stay behind, but with the location saved to GPS. Haha. Good one. GPS in the desert likes to mess around.

We reached the rest of the group after dark. There would be no glamorous desert photos, I took the beautiful blue scarf in vain. It’s fine, the camels were supermodels of the day, they couldn’t be outdone. After dinner on the carpets we listened to music. Sudanese and Egyptian, according to the national representation of our group.

I also got a musical pick. I don’t know why, but in that moment and atmosphere, I could only come up with Bijelo Dugme (Yugoslav rock band). Among the rocky hills of the Saudi desert, Đurđevdan resonated probably for the first time, and I could barely hold back my tears. Then I chose another Slovenian song. Which one, I’ll write in one of the future letters, because there’s a special separate story to it.