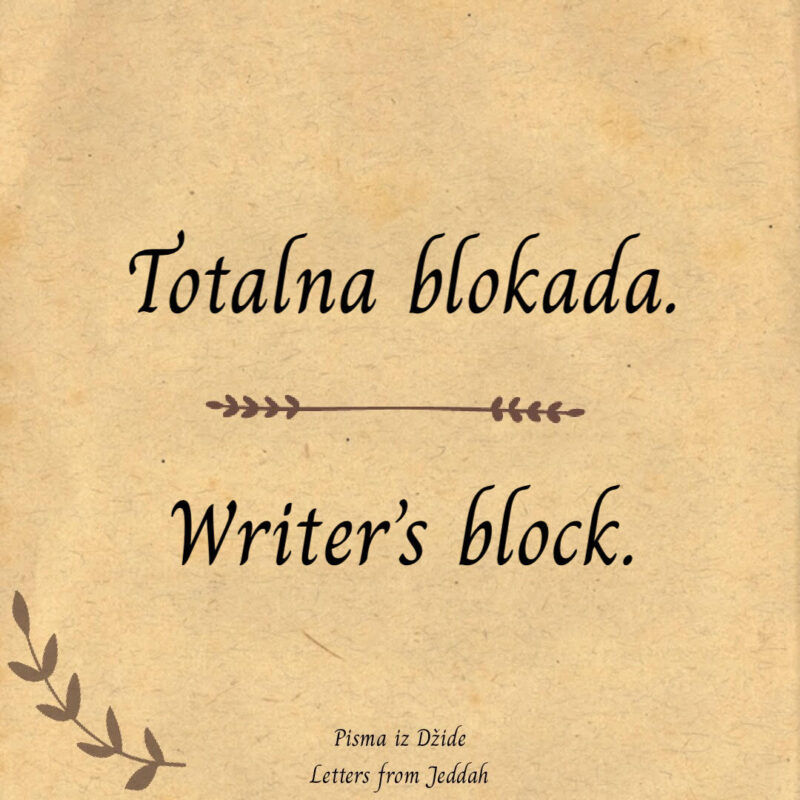 I’m scooping up the neighborhood cats for vet appintments. I don’t cook much, but we always eat together, and we make time for tea and biscuits every day. I feel like I’m washing dishes all the time. Where do so many dishes come from?

I’m helping out at the cat adoption fair. There, I find myself in an argument with the owner of the location for our event because I had to explain to his daughter rather undiplomatically she was being too agressive with a kitten. Presumably no one had ever said anything to the girl up to this point, so my approach was clearly proportionate to insults and beatings. What followed was a proper cry of course and the tattletale went to daddy. I held my ground, even though things like that pretty much tire me out.

Michelle and I went to the Ministry of Environment one day to report one of the infamous pet shops. From one office to another, then third and fourth, no one wanted to deal with two crazy broads who care too much.

The next day I revisited the ministry with Tamer for additional information and easier communication with an Arabic speaker by my side. Per Murphy law, of course, we were greeted by a ramp and a security guard who refused to even hear about us entering. Obviously, sometimes it’s really better to act stupid and play the “westerner card” to achieve anything.

“Tell him I was here yesterday and that Mr. Mohammed is expecting me,” I blurt out a half-truth with the conviction that defeat is not an option. I didn’t drive for more than 40 minutes for the second day in a row, so that someone at the door would dismiss me with the classic Arabic phrase: “Tomorrow, inshallah.”

The man in the uniform keeps insisting there’s nobody in the office. Do we perhaps have the gentleman’s number?

At this point I am fed up with everything. The dismissal, the ignorance, shifting responsibilities to others. What number, if no one even wants to give you their last name, so nobody can hold them accountable?!

At that moment, I don’t know what was going through my mind. I unfastened my seat belt and opened the car door. I only half heard Tamer’s question of what I was doing … I left the car and walked past the ramp towards the government building. I didn’t even look back, although I could sense people calling out to come back at once.

After the meeting with the said gentleman, who was certainly not among the absent from the office, Tamer and I, who caught up with me soon after (he had to go after his wife, he had no other choice), left the ministry in dead silence.

He was angry. And worried. Mostly angry. “Do you even know how serious this situation was?”

I didn’t really know. Looking back, I don’t know if I would have done the same thing twice. It could have ended quite differently. I was lucky this time.

During all this, however, I am facing a total writer’s block. What should I write about? If I’m so angry, so annoyed. About Arabic customs and cuisine? No way. I can’t be too mouthy either … This little report essay is something I finally managed to put together. Maybe I will find it easier to write about something else now.